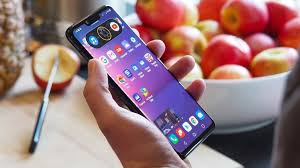 Google has caused controversy this month as a result of its move to penalize businesses which feature full-page pop-ups to advertise their apps when smartphone users visit their website. And for any firm looking to benefit from web design in Essex to improve their online presence, paying attention to shake-ups such as this is vital.

The action taken by Google has been strong since it will now blacklist any site which fails to get rid of seemingly obtrusive interstitial ads for apps which obscure the page beneath.

If such an ad is present, Google’s search algorithms will no longer consider a page worthy of its mobile-friendly label, even if the site as a whole has indeed been optimized for use on portable devices.

This presents a dilemma for organizations which rely on both a mobile-friendly site and a standalone application to flourish. So is Google acting with its users’ interests in mind, or does it actually want to stifle the app market and make more people use their smartphone’s browser to access content?

It is worth noting that Google and other major firms have long ago worked out that interstitial ads are not the best way to engage users; in fact, the opposite can often be true, with bounce rates rising following the introduction of such marketing techniques.

The problem for businesses which have created apps for customers to download is that engagement and sales can be stronger on standalone software, yet advertising the availability of apps to mobile customers in the manner preferred by many is no longer viable. As such, getting advice from experts at firms such as renovated is sensible.

The reason that anyone is suggesting that Google may have a vested interest in reducing the number of people who are being directed to mobile apps rather than websites is, of course, that it makes vast amounts of money from online advertising. So if fewer people are searching for sites using its search engine because they are using apps instead, it could take a hit.

The reality is that while this could be a factor, the concern Google has about preserving user experience and mobile-friendliness is paramount. And since it also generates revenue from apps and ads on Android, it cannot be completely opposed to the idea.