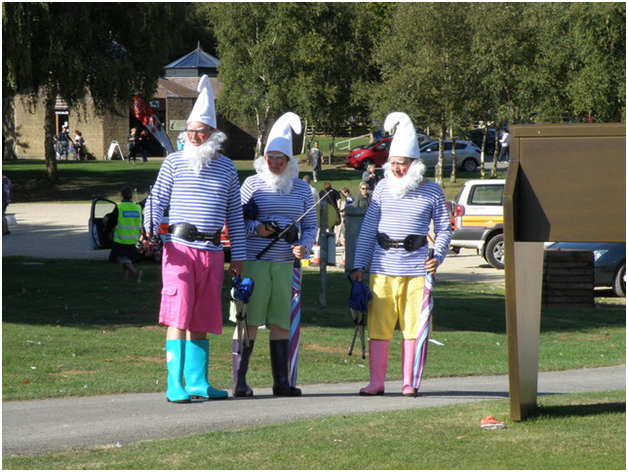 Although you might think you are familiar with the customs and traditions of Ireland, there is so much more to the country than little green men!

Check out our favorite unknown Irish customs so that you can feel like a local, and don’t forget to wear your Irish merino wool sweater!

With records going as far back as 1603, Puck Fair is one of Ireland’s oldest traditions. A wild goat is captured from the mountains and crowned ‘King Puck’ by a local schoolgirl. The goat is returned to his home, unharmed, after three days of royalty.

Little Women’s Christmas, or Nollaig na mBan, is celebrated on 6 January, when men take over the housework. A tradition that has been around since men were referred to as ‘auld women’ if they dared to lift a finger in the house, this tradition provided some much-needed rest for housewives and daughters and is still celebrated to this day.

If you are thinking of getting involved in a Little Women’s Christmas, you are going to want the right attire. Look like a local in an Irish merino wool sweater – a large range of Irish Merino wool sweaters can be found here – so that you can celebrate the day in style.

Today, Halloween is celebrated across the world; however, it originates from a pre-Christian festival called Samhain, when people believed the boundaries between our world thinned and the dead could return to Ireland. Costumes were worn to ward off evil spirits and people would collect food from their neighbors to appease the gods.

Faces were also carved into turnips, with candles placed inside to scare away ghosts – although Jack O’Lantern is a completely different story!

Most of us have heard of Pancake Day, but did you know Shrove Tuesday originated in Ireland? A religious event preparing for a fast from rich foods, Shrove Tuesday was used to get rid of all the banished foods before Ash Wednesday marked the first day of Lent.

Finally, you may have heard the rhyme ‘one for sorrow, two for joy…”, but did you know that people in Ireland frequently greet or salute magpies to avoid the bad luck they are believed to bring?